Actress Kangana Ranaut will be appearing on the famous chat show, The Kapil Sharma Show. The diva made the appearance on the show to promote her upcoming film Thalaivii, which is going to release in theaters today. 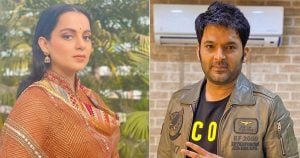 Sony Entertainment Television shared a promo of the episode on their official social media account. In the promo Kapil could be heard commenting on Kangana’s security personnel which reached the sets of the show before the actress. “Hum toh darre hue the ke humne aisa kya keh diya. Itni saari security rakhni ho toh kya karna padta hai aadmi ko (We were scared. What should one have to do to get this much security)?” Kapil asked Kangana. She replied, “Aadmi ko sirf sach bolna padta hai (A person needs to just speak the truth).” 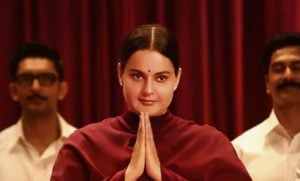 In the later part of the video, Kapil asks the actress jokingly, “Kaisa lag raha hai, itne din ho gaye, koi controversy nahi hui (It’s been a while since there’s been a controversy, how does it feel)?” The actress couldn’t help but laugh.

The Manikarnika actress is all set to rock the audience with her another brilliant performance in her upcoming film Thalaivii. The movie is based on the life of late Jayalalithaa who was actress turned politician. The movie is an attempt to cover all the aspects of Jayalalithaa’s life from being a young actress to becoming one of the powerful ministers in the history of Tamil Nadu politics.