Jay Bhanushali is one of the famous television actors and hosts these days. Not only has he won hearts with his acting skills, but his versatile talent has also become the talk of the town. Jay has also made headlines for his family life.

The actor is active on social media. He is seen sharing videos with his daughter Tara often. Tara has been the apple of everyone’s eyes since birth. In fact, they are famous among the paps and send them on a photo-clicking spree when she is out with her family. Jay recently shared a fun video with Tara as they both try on mustache filters. 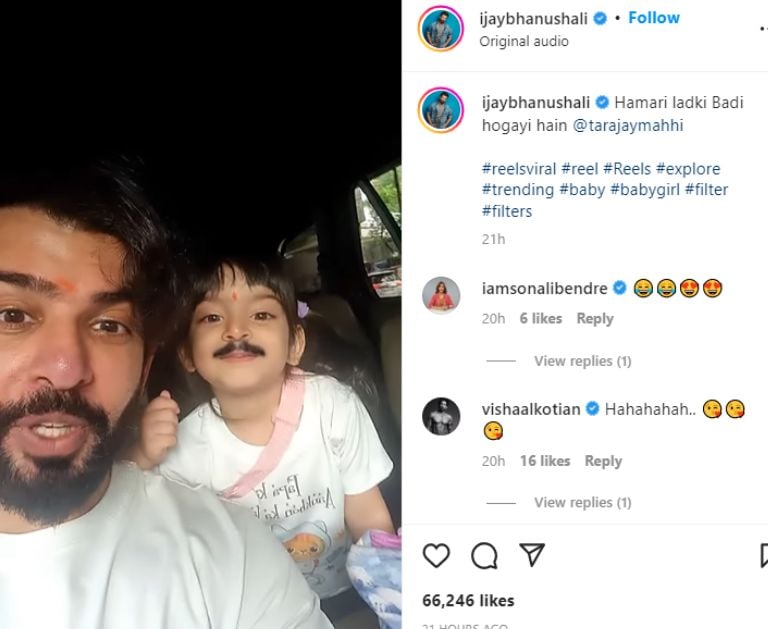 In the video shared by the DID Super Moms 3 host, he is seen sitting in a car with his daughter Tara. His daughter looked cute and cheerful with a mustache filter. She seemed equally amused by the look. Jay introduced her as ‘Halwai Tara Seth.’ He told her in a funny accent that she should shave in the morning or else she will get a mustache like this. He captioned, “Hamari ladki Badi hogayi hain @tarajaymahhi.” 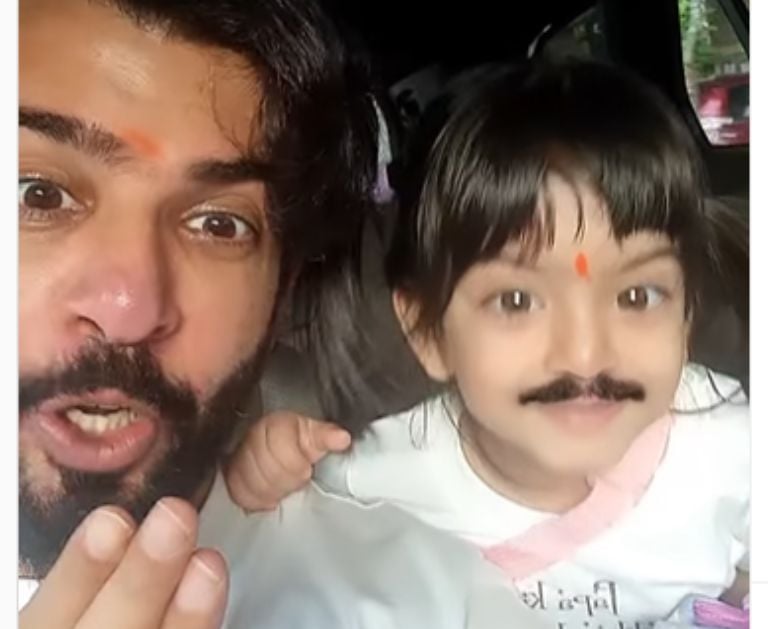 In an interview, Jay talked about his daughter. He said that Tara enjoys attention. Paps take more photos of her than the actor. He shared that every time he steps out alone they always ask him where is Tara and that is so sweet of them. And it’s not just them. Tara gets excited when she sees them. She waves and does all her little antics which are genuinely so adorable.

Sonam Kapoor Expecting First Child? Here’s What The Fans Has To Say
Kajol And Ajay Devgan Once Accused Karan Johar For Bribing KRK With Rs 25 lakh To Sabotage Their Film ‘Shivaay ’; Deets Inside
The Gray Man Premiere: Dhanush Says, “Yathra And Linga Are Cooler Than Me”: Deets Inside!!!
‘Main Hyper Ho Jaungi’ Shehnaaz Gill Gets Furious On Asking About Dating Raghav Juyal; Video Inside