Janhvi Kapoor’s Reaction After Watching Rekha In Front Of Her Goes Viral, Netizens Call Her Humble

Janhvi Kapoor’s movie Mili is all to release in theaters, the actress was promoting the film for weeks now. However, the makers of the film kept a special screening for people from the industry to seek their good wishes and feedback. Among all the guests the one who stole all the limelight was none other than legendary actress Rekha. 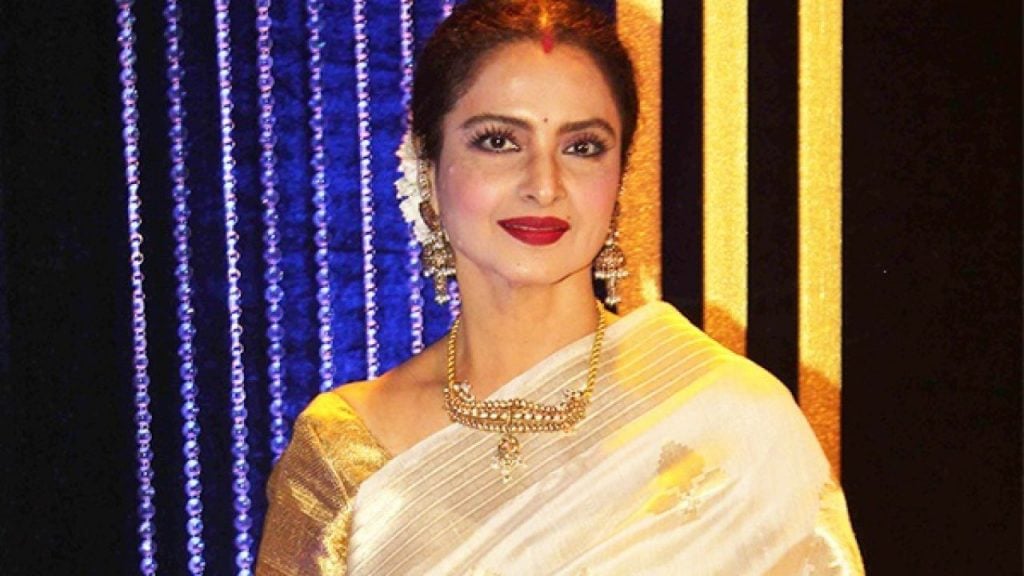 The yesteryear star and diva was all decked up in her famous kanjivaram saree with heavy jewellery. The ‘Silsila’ actress looked breathtakingly beautiful. In a video clip shared by celebrity photographer, Rekha could be seen getting pleasantly surprised after looking at Janhvi Kapoor as she has grown up. On the other hand, Sridevi’s daughter Janhvi greeted the actress with all love and respect. Janhvi hugged Rekha and then told her “Hum match kar rhe hain” as they were wearing a similar colour costumes.

As soon as the video went viral, the netizens started appreciating Janhvi Kapoor’s gesture. “she is so humble, and look at Rekha the gorgeous beauty,” wrote one user, “there is no one like you Rekha ji, good that Janhvi treated her with respect,” commented another user. “Janhvi has shown that she is brought up really well by her family,” mentioned another user. “Rekha ji’s blessings will save her movie I feel,” said another netizen.