Gauahar Khan Takes Dig At Tejasswi Prakash Becoming Bigg Boss 15 Winner: ‘Silence in the studio said it all’ Read On! 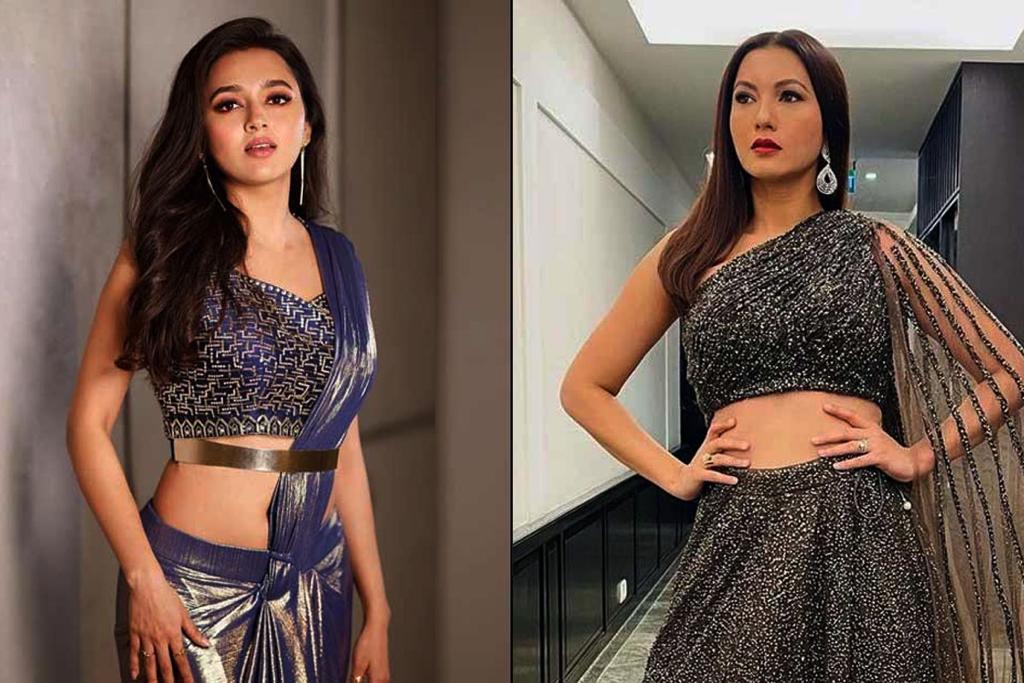 Gauahar also took a poke at Tejasswi Prakash in her tweet. “Lol!!! The silence in the studio at the announcement said it all. #bb15 there is only one deserving winner, and the world saw him shine. #PratikSehajpaI you won hearts. Every single guest who went in, you were their face, the public loves you. Keep your head held high.” 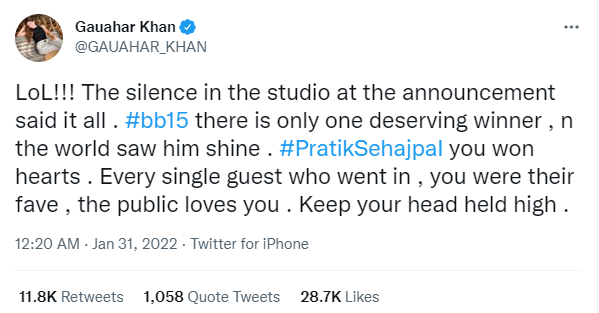 In another tweet, Gauahar Khan also shared that he is the Bigg Boss 15 runner-up. “#ShamitaShetty you truly deserved to be in the top 2! You have played a feisty, dignified game. Loved it. All the best for everything in the future,” she wrote.

On Sunday night, The Bigg Boss 15 finale occurred. Tejasswi Prakash won the show, with Pratik becoming the second runner-up. Karan Kundrra was the third runner-up and Shamita Shetty was the fourth runner-up. Nishant Bhat gave up on the trophy and pushed off with ₹10 lakh. Moreover, the actress Tejasswi Prakash won Bigg Boss 15 and also prize money of ₹40 lakh, as well as being offered as the lead star of Naagin 6. 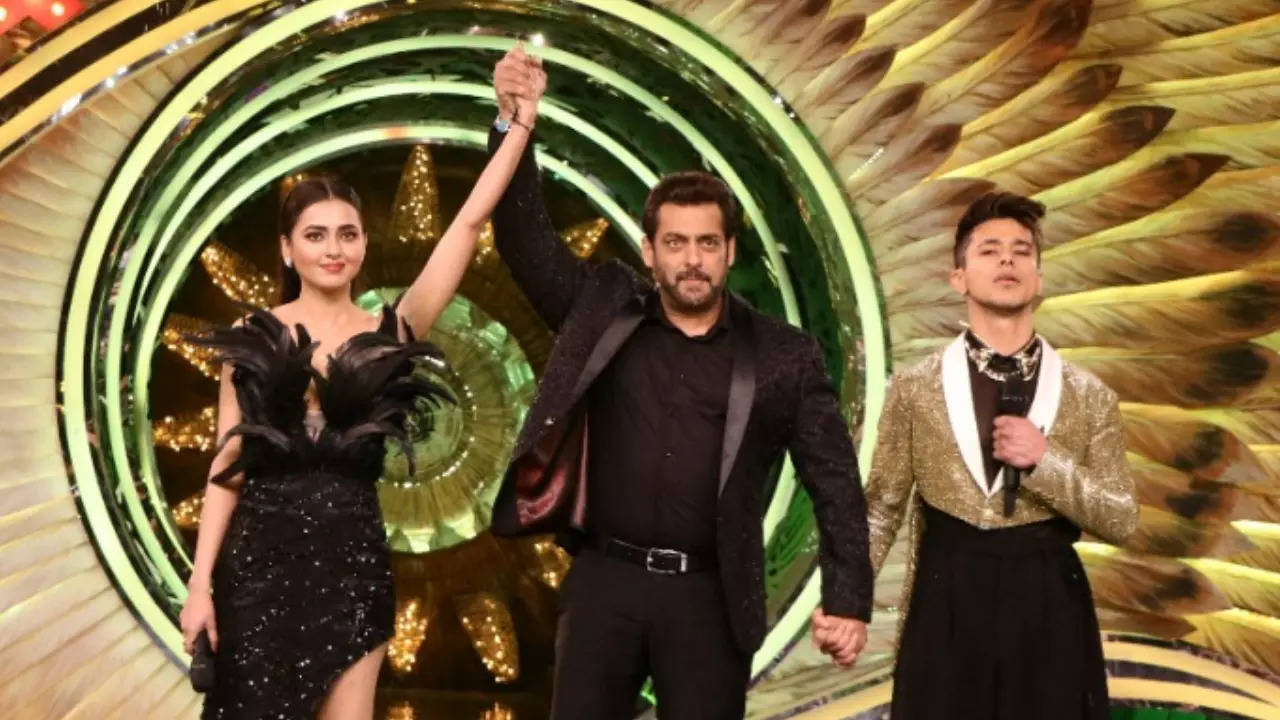 Speaking about her success on Bigg Boss, Gauahar Khan stated: “When I entered the Bigg Boss house, everything seemed like a dream in the beginning. But as I started to settle in and understand the game, I was completely immersed in it and today when I look back, what an incredible journey it has been. It feels surreal to have finally won the trophy, but the real prize that I am taking home is the learnings and experiences. My deepest gratitude to everyone who has believed in me. I want to thank Salman (Khan) sir for his rock-solid support, the Colors team, and all my incredible fans out there who rooted for me and made this journey a memorable one.” 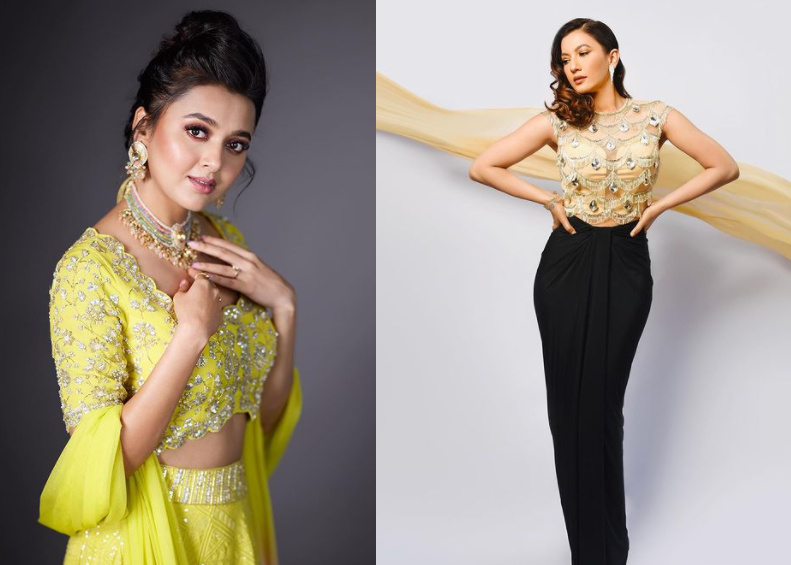 She added: Tejasswi Prakash took home the Bigg Boss 15 trophy and prize money of Rs 40 lakh. Gauahar, the winner of Bigg Boss 7, stated how the “silence” on Tejasswi being announced as winner “said it all”. In her tweet, Gauahar Khan also sent out an motivating message for Pratik Sehajpal.