Deepika Padukone is making heads turn with her new movie ‘Gehraiyaan’ and her looks for the promotion of the film. However, not everyone seems to be happy with her outfits as one influencer has shared a cryptic post on the length of the actress’s dresses. We are talking about the controversy which seems to be not ending soon. 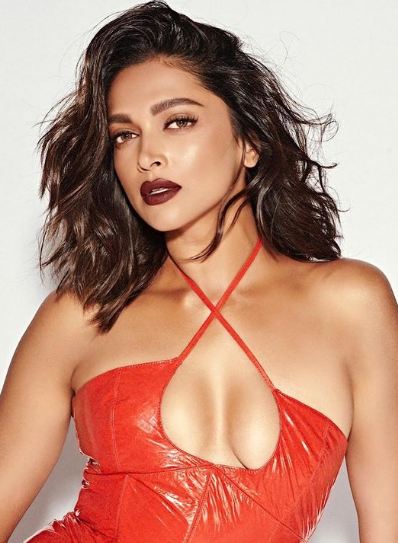 Recently, a famous influencer on Instagram had shared a post over the promotion of the film Gehraiyaan. The influencer wrote that as the release date of Deepika’s next project Gehraiyaan will approach her clothes will get tinier. The fans and flowers of the actress found the post extremely sexist and didn’t find it in a good taste. The actress also took notice of the post and wrote in her Instagram stories that “Scientists say the universe is made of protons, neutrons, and electrons. They forgot to mention morons.” 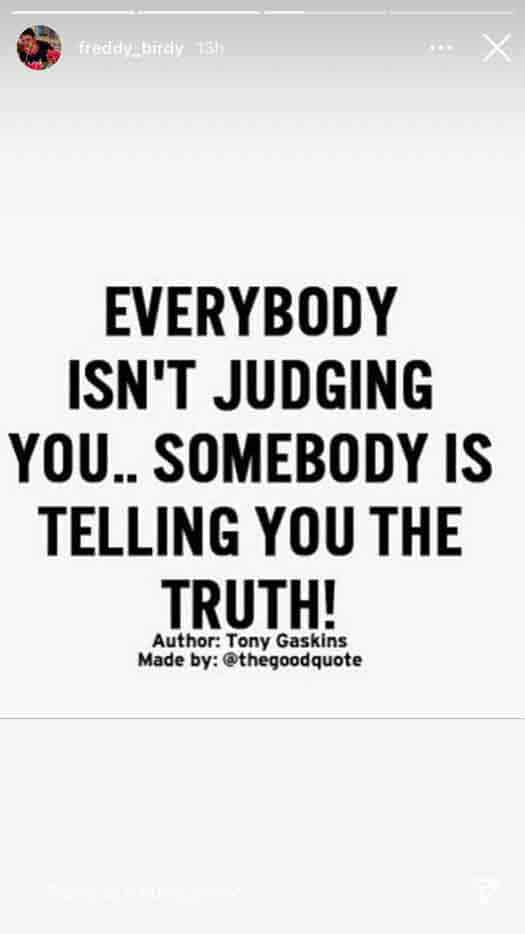 Deepika didn’t tag anyone or mentioned any names but everyone understood that it is for Freddy Birdy. The influencer has now given a reply to Deepika’s Instagram story and has said that he wasn’t mocking the actress for wearing tiny clothes. The influencer further added that she can wear her hemlines to her toes or her ears he doesn’t care. Freddy also thanked that actress for calling him a moron and said that this is the only non-fake thing Deepika has said in her entire career. 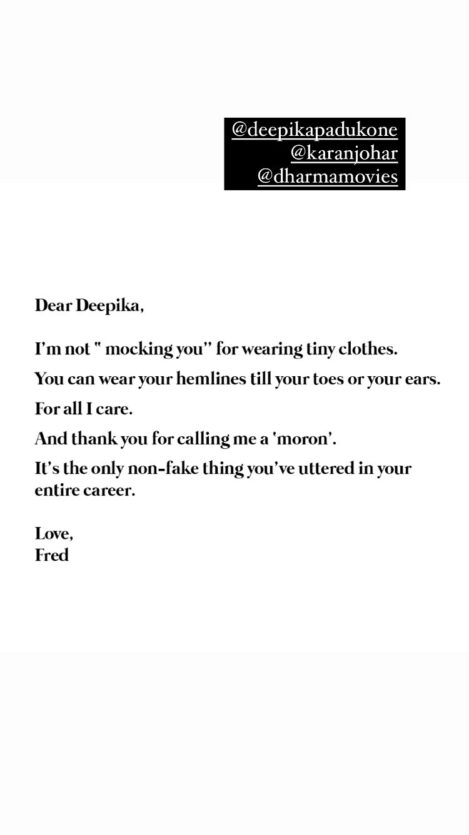 Meanwhile, on the work front, Deepika Padukone is busy promoting her film Gehraiyaan along with Ananya Panday, Siddhant Chaturvedi, and Dhairya Karwa. The movie has been directed by Shakun Batra who is known for directing movies like ‘Ek Main Aur Ek Tu’, ‘Kapoor and Sons’, and many more.