Arshi Khan who entered the Bigg Boss season 14 as a challenger recently got eliminated from the show. After her exit from the controversial house, Arshi Khan shared that Eijaz Khan, Rubina Dilaik, Rahul Vaidya, and Abhinav Shukla loved her the most in the house. In an interview with Times Of India, Arshi mentioned that she first connected with Eijaz Khan after she left the house. She also shared that Eijaz addressed her as his younger sister and the two shared a good bond on the show.

While speaking about Eijaz Khan, Arshi said, “He calls me his younger sister, we had a good bond on the show. I spoke to him yesterday outside the house, he was slightly busy. After he had left the house, I did feel emotionally weak.” She further added Abhinav Shukla, Rubina Dilaik and Rahul Vaidya also took care of her. Terming Abhinav as the entertaining contestant, she called Rubina a good soul, she also shared the Shakti actress secretly feeding her food and sharing her secrets with her. She said, “But Abhinav, Rahul and Rubina took care of me. These four people loved me with all their heart. Abhinav is an amazing person, he called me the most entertaining contestant. Rubina is a very good soul. She would feed me her butter, halwa with pure ghee…she shared everything with me.” 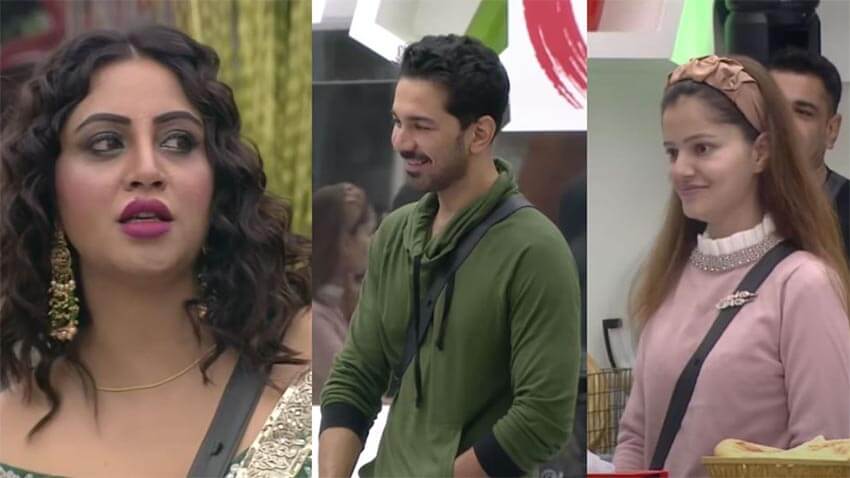 The duo also supported her, revealed Arshi, she said, “Rubina would help me get ready, while Abhinav would make lal parantha for me and keep aside, hidden from others. He also made attey ka halwa while Rubina made besan ka halwa for me.”

Arshi concluded by saying that she fought with Rahul Vaidya she would only have tea made by him. “Rahul would have fights, but I had tea made by him only. These are my best friends now,” said Arshi. Adding further she shared, “Rahul liked my laughter, he would sing and dance with me. He would lie down near me, and would feel peaceful.”