A CISF (Central Industrial Security Force) officer who asked Salman Khan to comply with security procedures at Mumbai airport was not sanctioned, contrary to reports. In fact, the CISF tweeted that the officer was “deservedly rewarded for his exemplary professionalism.”

On August 20, the video showed Salman Khan arriving at the airport for a trip to Russia, where he is currently filming for Tiger 3. As Salman was heading to the airport terminal, CISF officers, as mentioned, blocked him and asked to first ask security for permission. He also told the photographers to stay. Fans praise his professionalism, but several publications have reported that his phone was confiscated to prevent it from being disclosed to the media.

The contents of this tweet are incorrect & without factual basis. In fact, the officer concerned has been suitably rewarded for exemplary professionalism in the discharge of his duty. @PIBHomeAffairs

Responding to one such report, the CISF tweeted, “The contents of this tweet are incorrect & without factual basis. In fact, the officer concerned has been suitably rewarded for exemplary professionalism in the discharge of his duty. @PIBHomeAffairs.”

Meanwhile, Salman Khan is currently busy in Russia on Tiger 3, the third installment of the hit series starring Katrina Kaif. Photos of the duo from the set have surfaced online, and fans are intrigued by Salman’s beard in one of these pictures. The team has a long international filming schedule including Austria and Turkey. 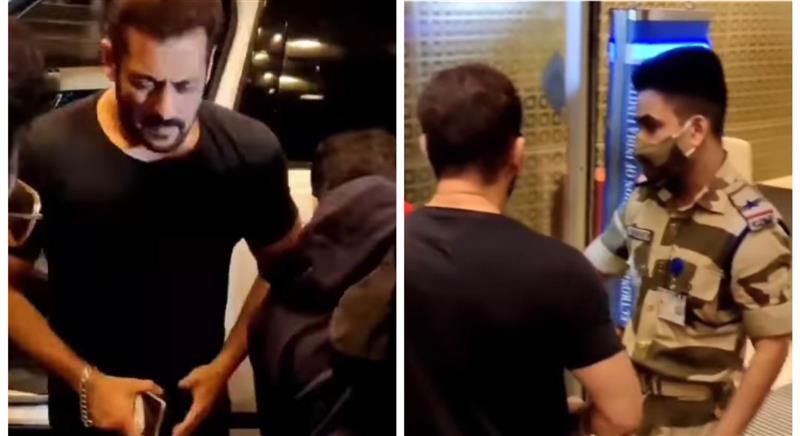 The first film in this series is Ek Tha Tiger (2012), directed by Kabir Khan. Ali Abbas Zafar directed the second part of Tiger Zinda Hai (2017). Now the third film in this series has been directed by Manish Sharma. Salman is expected to return to India in October to film the TV show Colors Bigg Boss 15. The show’s first promotional video, which featured him and veteran star Rekha, was released on Saturday.