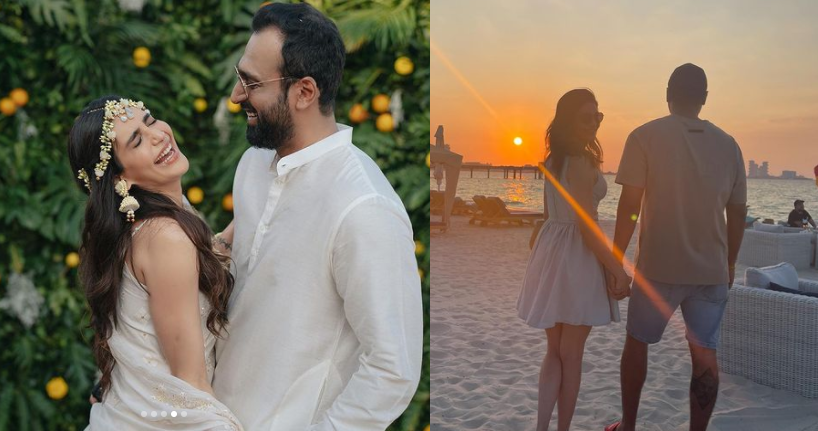 On Karishma’s pre-wedding function and hilarious video and adorning picture that have been winning millions of hearts. On January 1, Karishma Tanna had shared pictures with her fiance, Varun Bangera. They were seen holding hands and lost in each other’s love beyond the world in the pictures. Along with that, the actress had written a delightful beginning to her new year. She had written: “Thanku 2021, Excited for #2022, Happy New Year to you all.” 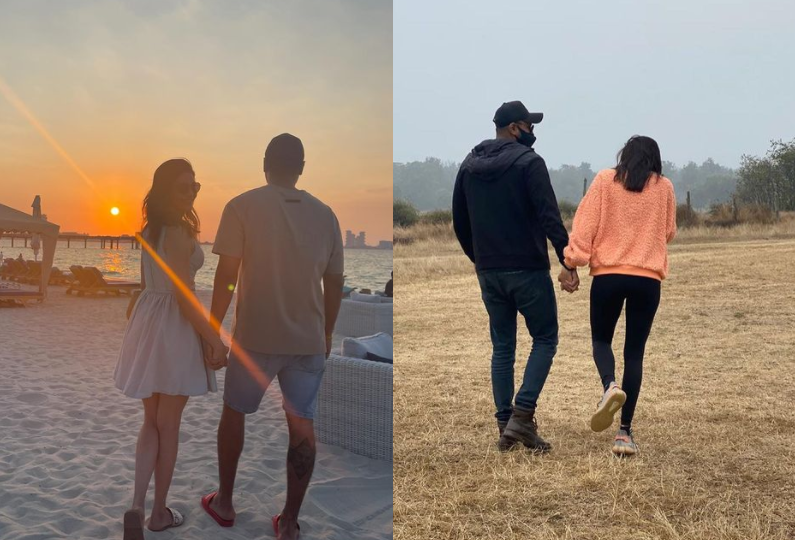 Recently, On February 4, to be a bride, Karishma Tanna shared pictures from her Mehendi ceremony. The gorgeous bride Karishma was seen wearing an amazing yellow flashy bandhani lehenga from the designer, Punit Balana’s collection. She makes her look with a splendid neckpiece and a pair of matching earrings. 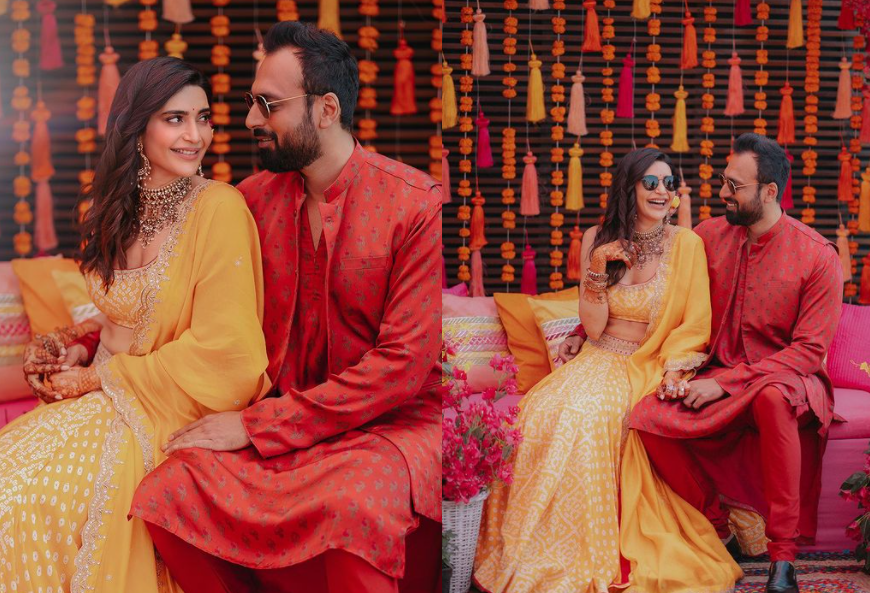 She left her tresses open and adorned them with a marigold flower on the side of the tresses. Karishma Tanna took to her Instagram handle and shared her Mehendi ceremony glimpses. Along with this, she wrote: “Mehendi vibes.” Contrastingly, her groom, Varun Bangera wore an orange bright sherwani with a black blaze. Their mushy pictures were praised by the fans, it is said that Karishma Tanna’s designer lehenga’s price left our jaws dropped. Her Mehendi ceremony lehenga is priced at Rs. 55,000. 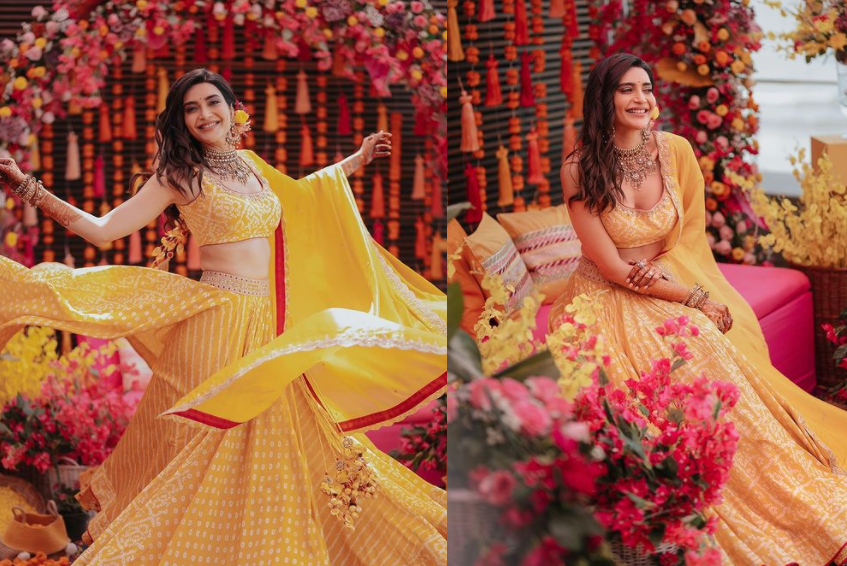 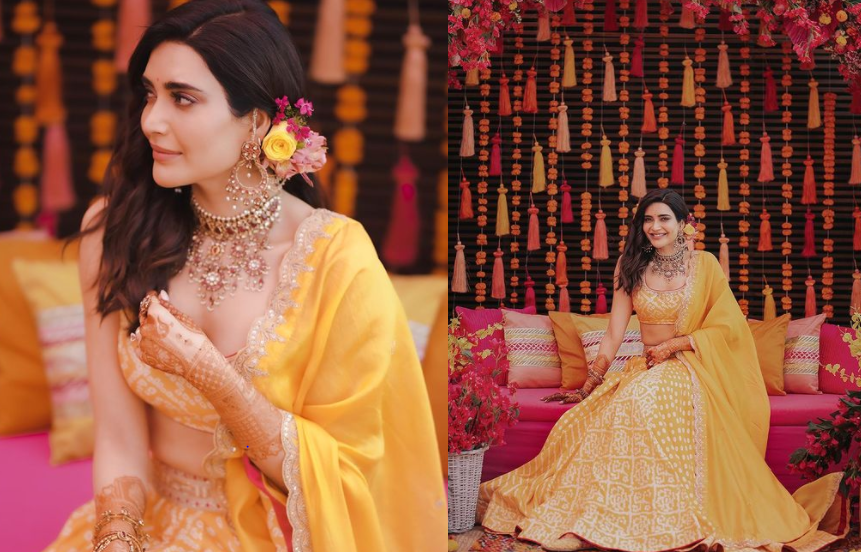 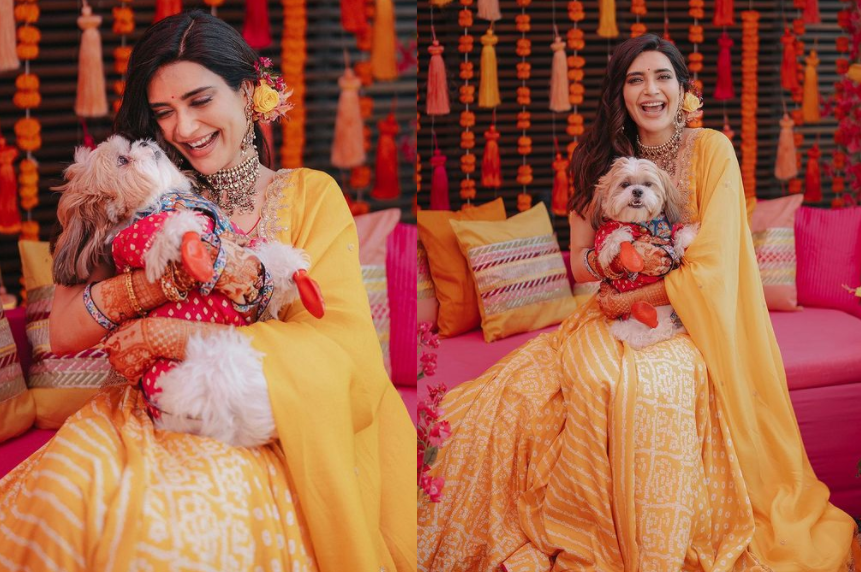 A few days back, the actress Karishma’s wedding celebrations had started with ‘shagun ki haldi.’ On her haldi ceremony, Karishma had donned a white coloured from the designer both, Sukriti, and Aakriti. Her haldi outfit had highlighted a strappy kurta with a sharara and a dupatta. 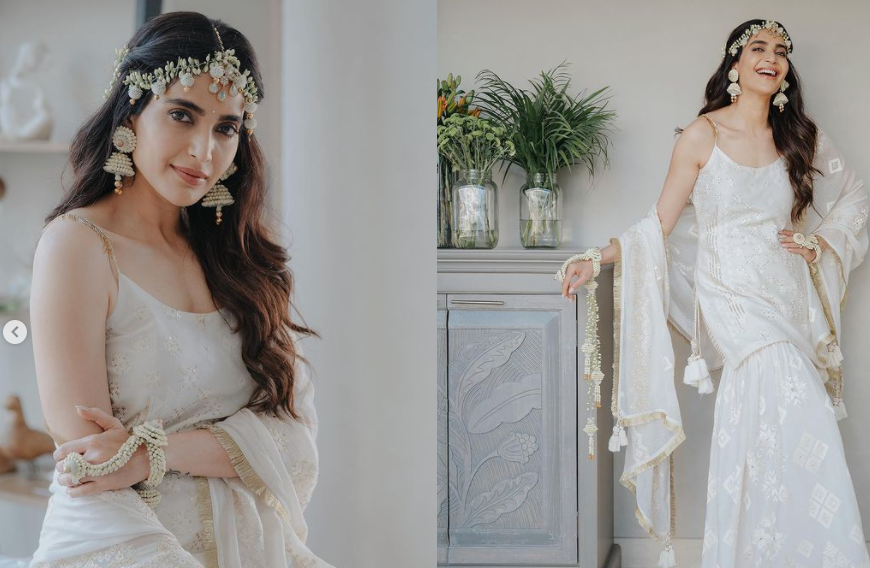 She had fashioned her look with floral jewellery. While we had loved Karishma’s haldi outfit, it was the price of it that left our jaws dropping. It is made of organic cotton kurta, which was priced at Rs. 66,080. 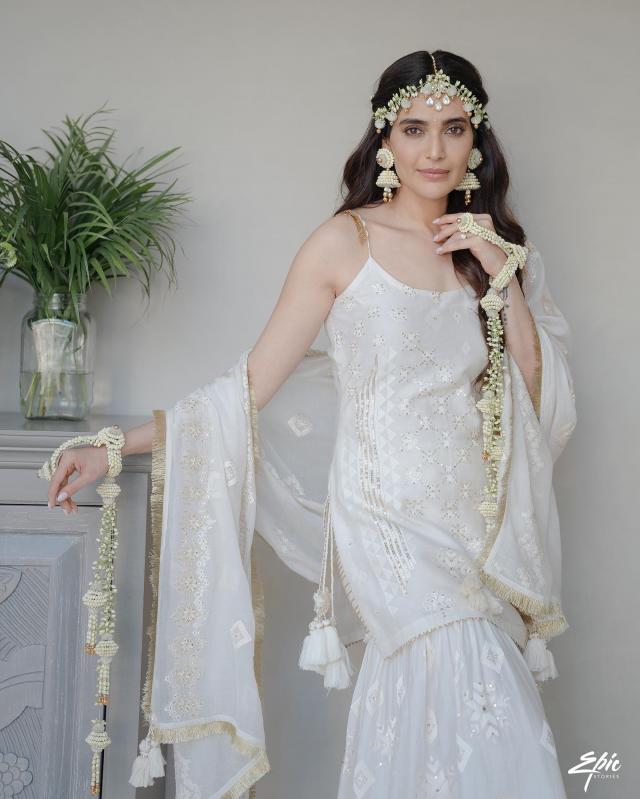 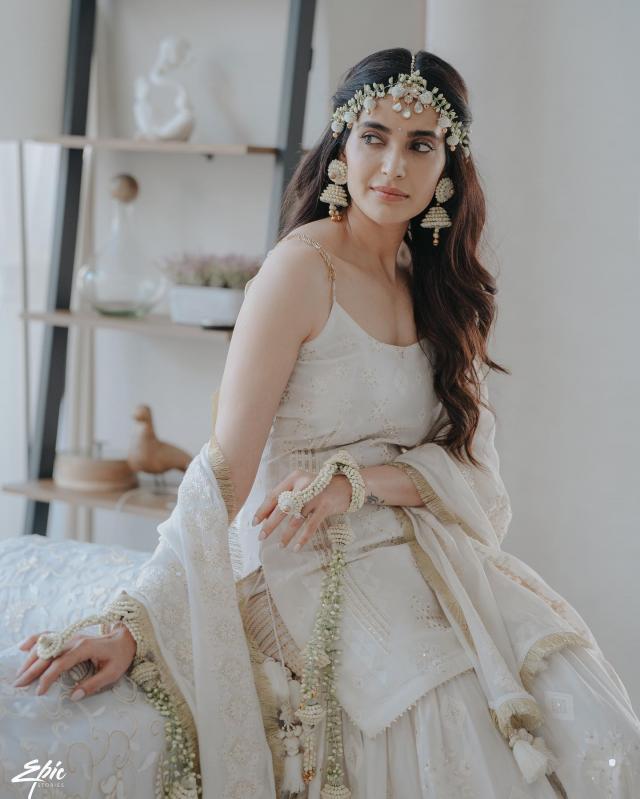 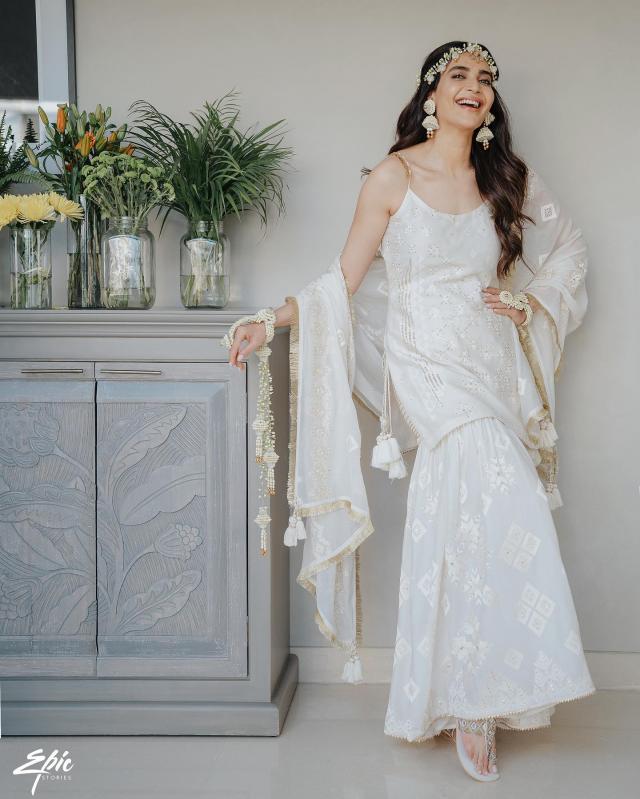 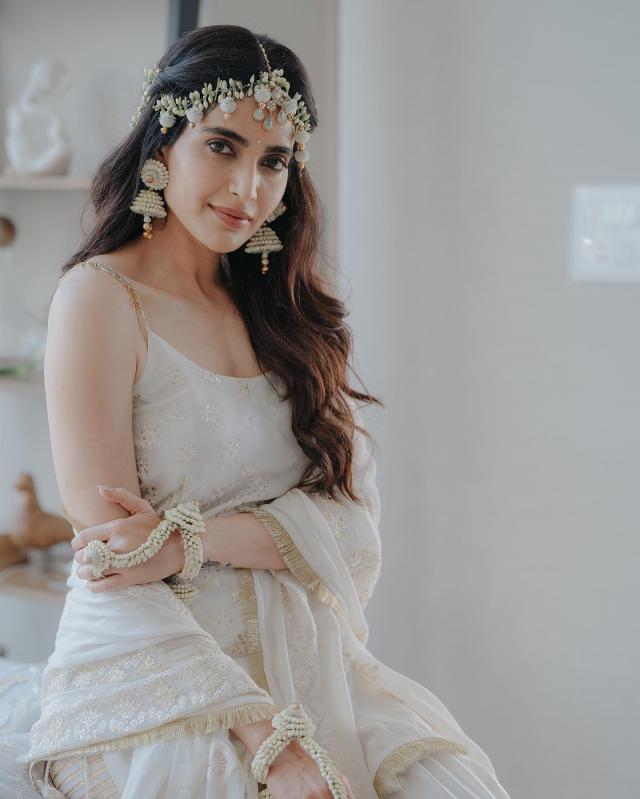 We are overwhelmingly excited to see Karishma’s wedding pictures!