Filmstars often do things that can be a gesture of giving back to society. Some do charity work, some run NGOs, while others simply take care of the living beings around them. You must have seen huge animal lovers in India like Anushka Sharma who loves dogs and does everything to protect and support them. Many celebrities do photoshoots with PETA and other NGOs and give all the money earned to charity. 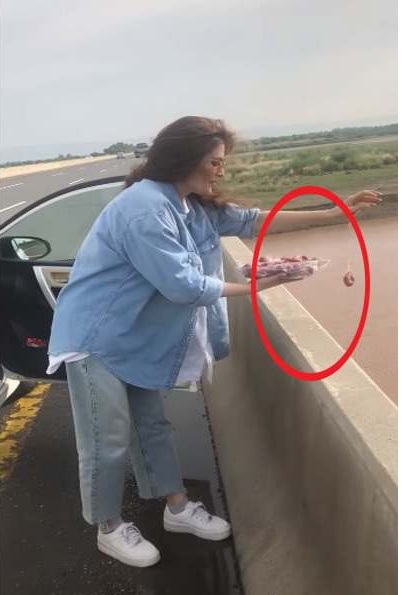 But what you’re going to witness now is going to make you laugh and sad simultaneously. A video of a Pakistani actress Resham is doing rounds on the internet. In the video, she is seen stepping out of her car and putting a big plastic bag on the roof of her car. She then starts taking out food items and throws them one by one into the river. Till then it is fine and much appreciated by the netizens, but what she does next left the social media users angry.

Later in the video, the actress throws the plastic along with the food inside the river. The river bodies are already very polluted with the amount of plastic and chemicals immersed in it and the actress added to it.