Bigg Boss 14 winner Siddharth Shukla’s untimely demise has left us shaken to the core. The 40-year-old actor passed away after suffering a massive heart attack. His death has sent shockwaves across the entertainment industry and people close to him are still trying to come to terms with his untimely demise following a cardiac arrest.

Several celebrities from Bollywood and television industry expressed utter shock and grief post the sudden demise of Siddharth. Karan Johar had also taken to social media to share a picture of Siddharth and wrote, “ I want to always remember your warm smile and your kind heart… Rip dearest Sidharth.” 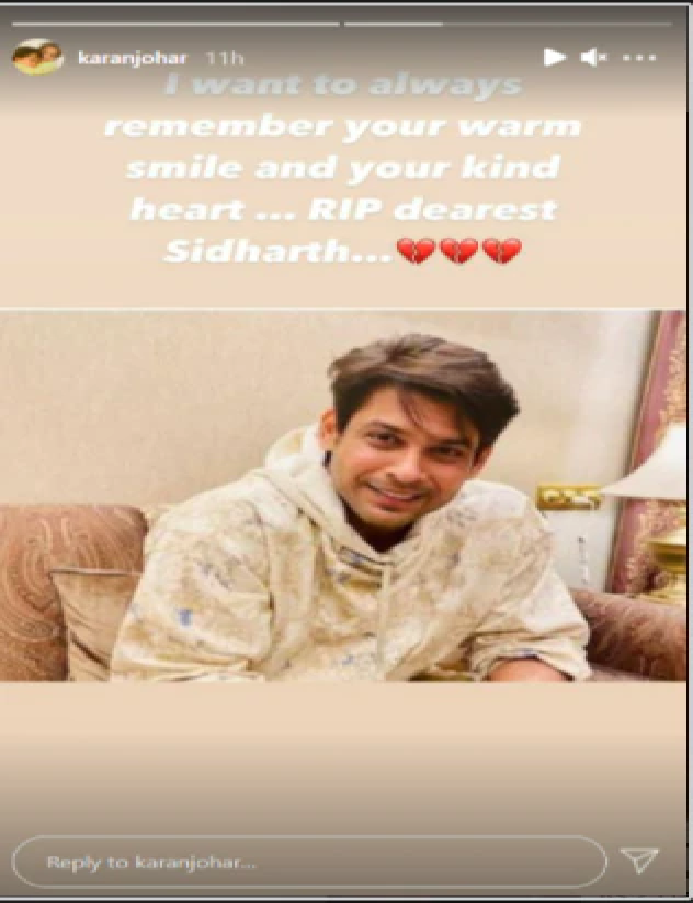 Speaking about Siddharth Shukla on the show, Karan said, “Siddharth Shukla is such a face, such a name, who has become an important part of our lives. He is a favorite member of Bigg Boss family. He is not only mine but a friend of the uncountable people in the industry. He has left us all. This is something we are still finding hard to believe it. I am numb, I can’t even breathe. Sid is a good son, a great friend, and an amazing guy to be around. His positive vibe and that smile won so many… millions of hearts.”

Karan further said, “His millions of fans are a proof that he was such a popular and lovable person. You shall be missed Sidharth Shukla. We will miss you. You and I, we all need great strength to carry on the show. Even Sid would have want this that the show must go on.”