Devoleena Bhattacharjee who was seen in Bigg Boss season 13, entered the BB 14 as a proxy of Eijaz Khan. She has been maintaining her cool for a long time but during a recent episode, it seems that she has lost cool. Devoleena was seen having an emotional breakdown while talking to Rakhi Sawant about the Struggles she had to face in her childhood after her father’s death. The actress also opened up about her brother who died at a very young age. After seeing Devoleena breaking down in tears, her fans sent her support through social media and now her new friend and co-star from her show, Kajal Pisal have reacted to the same. 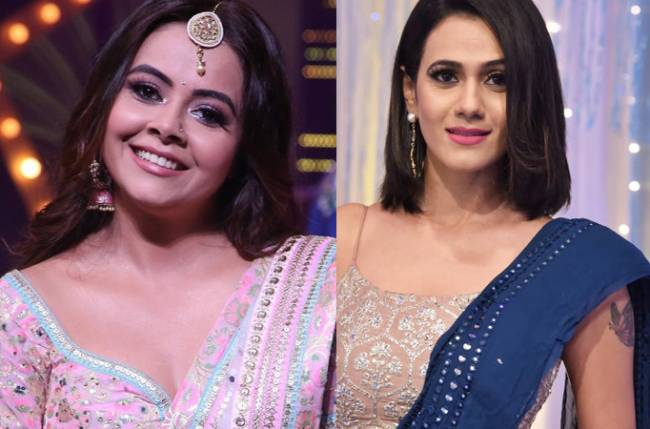 Kajal Pisal was quoted saying by Spotboye, “It was really sad to learn about Devoleena’s struggle in her childhood. She is strong and trust me it was for the first time she has ever complained. Else she is such a jolly person and believes whatever happens, it’s for a reason.”

In yesterday’s episode, Devoleena was seen breaking things and screaming out of rage. Talking abou the same her friend Kajal said, “I am wondering aisa kya hua hoga? As Arshi doesn’t know her limits and goes on saying anything in fun. Devoleena was already maintaining distance and keeping things respectful. But Arshi might have bullied her on something related to her family as earlier, Vikas also couldn’t take it. Devoleena is extremely protective about her family.”

For those who did not watch the episode, while opening up to Rakhi about her struggle, Devoleena had said, “I was eleven years when we lost our dad. My mother was also unwell, but she went to the office, prepared food for us. And we would go to school. The way they treated us without our father….It is the fact of life, if there is no father…Our society looks down upon families where father is not present.”

She even spoke about her brother who is no more. He passed away at a very young age. Devoleena shared, “My brother was playing with a few boys, and one of the boys who was on the cycle fell. The remaining boys put the blame on my brother. The boy, who had fallen, his aunty came and gave two slaps to my brother while I was standing at the gate and watching everything.”