‘Punjab Ki Katrina’ aka Shehnaaz Gill has been in the news for quite sometime now. Sidharth Shukla has returned from the secret room and is on rage. He had fights with everyone, especially Rashami Desai, Arhaan Khan, and Asim Riaz. Shehnaaz Gill is relieved to have him back and has a heart to heart conversation with him. She gives him update of each and everything that happened in the house while he was in the hospital. She expresses how Rashmi and Arhaan’s relationship has come across as fake and everyone has termed it as a publicity stunt. Sidharth Shukla can even be seen pairing up with Shehnaz Gill and commenting on Asim Riaz’s sexuality.

Now, a throwback tiktok video of Shehnaaz has gone viral wherein she is imitating Katrina Kaif. Well, this does prove that she is realy Pumjab ki Katrina, the way she is referred by fans. Have a look at the cute video:

In few days back episode, we saw Shehnaaz vying for Sidharth’s attention. While Sidharth refuses to acknowledge her presence. She wonders why Sidharth is doing this to her and cosies up with him to find out. She also kisses him on his cheeks and applies lipstick on him. When Sidharth refuses to react she threatens to go on a hunger strike. Due to which she will fall sick and will have to leave the show to be hospitalized. Shukla tells her that everything is over between them and asks her to not do any ‘tamasha’. 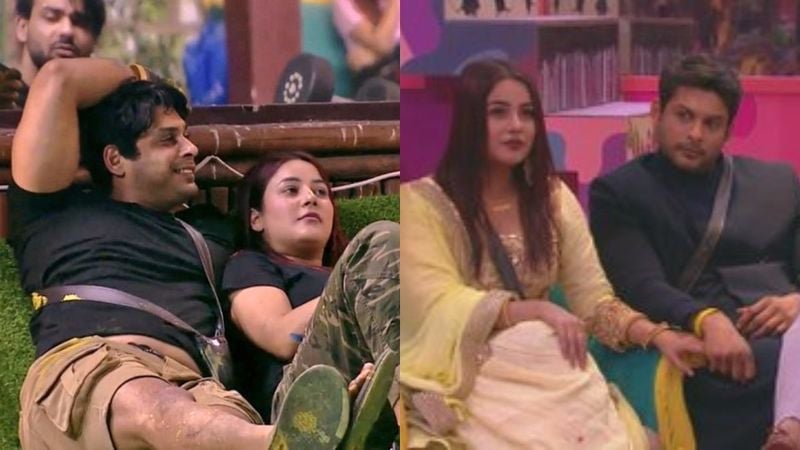 Sidharth has decided not to talk with Shehnaaz as he feels that she is too obsessed with the game and continuously working to her advantage. He also feels that Shehnaaz only comes to him when she needs him and doesn’t prioritize their friendship much. Sidharth now wants to play his own game and prioritize himself. He also feels that Asim has emerged as a strong contestant and has made his game stronger in the past few days. Wehile later, the twowere seen making dun of Asim.