Every person in this world knows how Bajirao aka Ranveer Singh styles himself. Not just his fans but now veteran actors of the industry have also started to take some inspiration from it. The one and only Amitabh Bachchan, Big B, was seen on the sets of ‘Kaun Banega Crorepati’ on Sony Television.

Out of the 13 seasons of KBC, 12 seasons were hosted by Mr. Bachchan. This year, Amitabh Bachchan will be hosting season 14. People wait like crazy to hear the bold and inspirational voice of Big B. A large section of the audience watched KBC, not because they were interested in the quiz but so that they could watch and hear their very own Amitabh Ji. 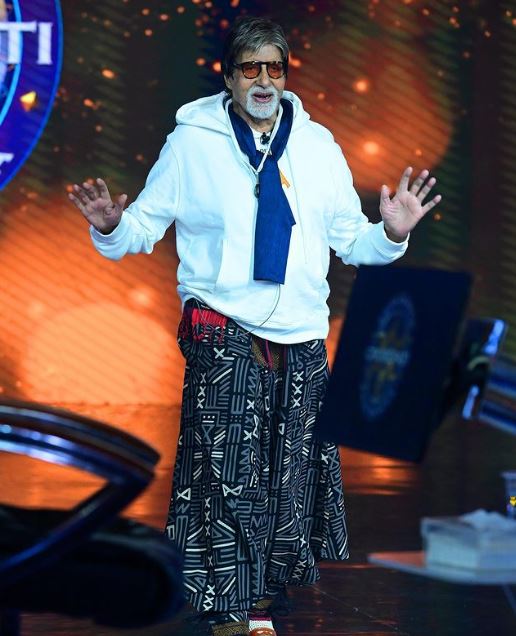 Amitabh Bachchan took onto his Instagram a posted a picture of him standing on the sets on ‘Kaun Banega Crorepati.’ Big B is slaying it as he wears a black patterned pajama with an oversized white hoodie. He paired it with a royal blue scarf and some cool sunglasses. He, who is always good with his words, wrote an interesting and unique caption. He wrote, “Pehen ne ko dediya pajama, laga saadi ko fhada, aage choti jeb de di, aur peeche laga hai naada.”

Though this new look from a senior actor stuns everyone and gets loads of applause, netizens relate his style to that of Ranveer Singh. One wrote, “Sir Ranveer se Dosti kr ley kya 😂😂.” while the other wrote, “Lagta hai Ranveer Singh ghus Gaya hai aapke andar.”

Ranveer Singh who is usually seen wearing something out of the box gives major fashion goals to not just his fans but his industry mates too. Ranveer Singh also took inspiration from Amitabh Bachchan in the past when he wore pink shade glares.

This is not the first time Amitabh Bachchan wore something funky and stylish. Many a time, he is seen wearing oversized hoodies and pajamas but never on a platform like Kaun Banega Crorepati. 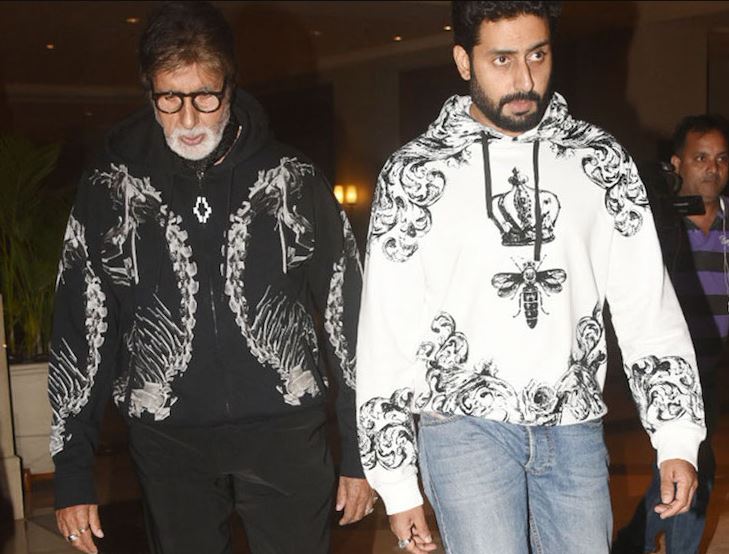 On the work front, Amitabh Ji has a great pipeline ahead of him. In 2022, he will be seen in The Intern, Project K, Uunchai, Goodbye, Bhramhastra, Tera Yaar Hoon Main, and Ganapath. In 2023, he will be seen in Ranbhoomi, Hasmukh Pighal Gaya, and R Balki’s Next. Uyarndha Manithan will release in 2024.