Bharti Singh Reveals Her Due Date Is Missed, Karan Johar Is Scared ‘Baby Will Be Born On Set’

Bharti Singh and Harsh Limbachiyaa are the happiest as they are eagerly waiting for the birth of their first child. The comedian and writer had tied the knot after dating for a very long time, the duo left their fans pleasantly surprised with their pregnancy news. 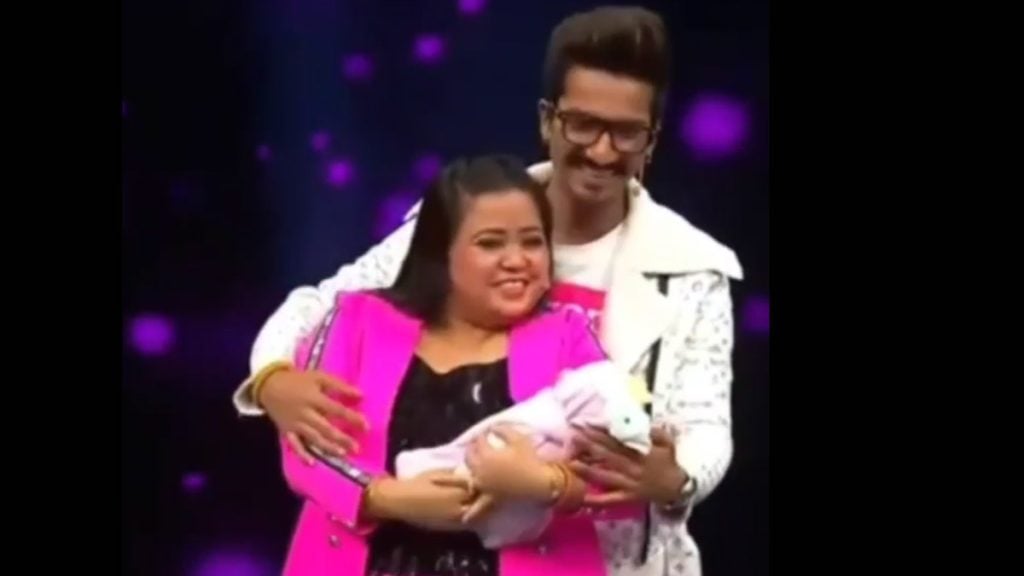 Ever since the comedian announced her pregnancy she has been posting adorable pictures of herself and her husband on social media. The diva had also done a pregnancy photoshoot recently in which she looked drop-dead gorgeous. Bharti also revealed that she has been busy shopping for the unborn baby and is also having her favourite food throughout the pregnancy.

The comedian is currently hosting the reality show Hunarbaaz with her husband Haarsh Limbachiyaa. While arriving on the set, Bharti revealed to the media that her due date is missed but the baby is feeling much more comfortable inside her womb.

In the latest Video posted by Colors Tv, Bharti along with Harsh could be seen asking for a baby’s name suggestion. Bharti asks Pareeniti and Karan about the names that they would suggest for her unborn baby. The judges of the show Pariniti and Karan then start saying that if she delivers a boy, she should name him ‘Hunar’ and if she has a girl then they should name her ‘Baaz’.

Bharti then zeroed down to two names Prabeer suggested by Karan for a boy and Inayat for a girl by Parineeti Chopra. The couple also asked singer Kumar Sanu for his suggestion and told them that Aryan is a good name for a boy.