Bharti Singh Announces Her Pregnancy News, All Set To Embrace Parenthood With Haarsh Limbachiyaa Next Year; Read On Here!!!

Bharti Singh is going to be a mother soon. Recently she confirmed the news of her pregnancy. A few hours back, comedian Bharti Singh and her husband Haarsh Limbachiyaa announced that they are all set to embrace parenthood. Bharti broke her pregnancy news in the funniest way possible, she took to her YouTube channel called ‘LOL Life of Limbachiyaa’ and dropped a very funny video with the title “Hum Maa Banne Wale hai.”

The video starts with Bharti in the bathroom, informing her fans that she has been taking pregnancy tests on-camera, as she does not want to miss capturing the moment when she finally finds out that she is expecting. She reacts excitedly as she realizes she is pregnant. Bharti then gave the good news to a sleeping Haarsh. “Par main kaise bataun ki yeh iska bachcha nahi hai (How do I tell him it’s not his baby),” she jokingly mused, adding, “Hum dono ka bachcha hai yeh (It is our baby).” 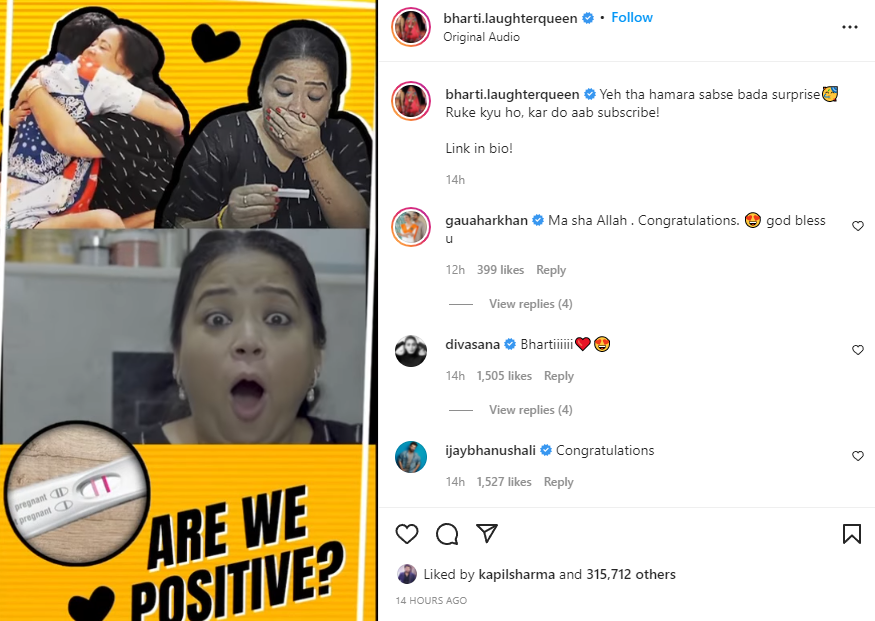 Haarsh hugged her as she informed him about her pregnancy. He said, “Achcha hua Bharti record kar rahi hai. Hum maa banne wale hai (It’s a good thing that Bharti is recording this. We are going to become mothers).” He corrected himself, “Sorry, yeh maa banne wali hai, main baap banne wala hoon, aap sabhi pareshaan hone wale hai aur hum bhi pareshaan hone wale hai kyunki bachcha aane wala hai. Seriously, hum bohot khush hai (she is going to become a mother and I am going to become a father. You all will be troubled and so will we because we are having a baby.Seriously, we are very happy).” 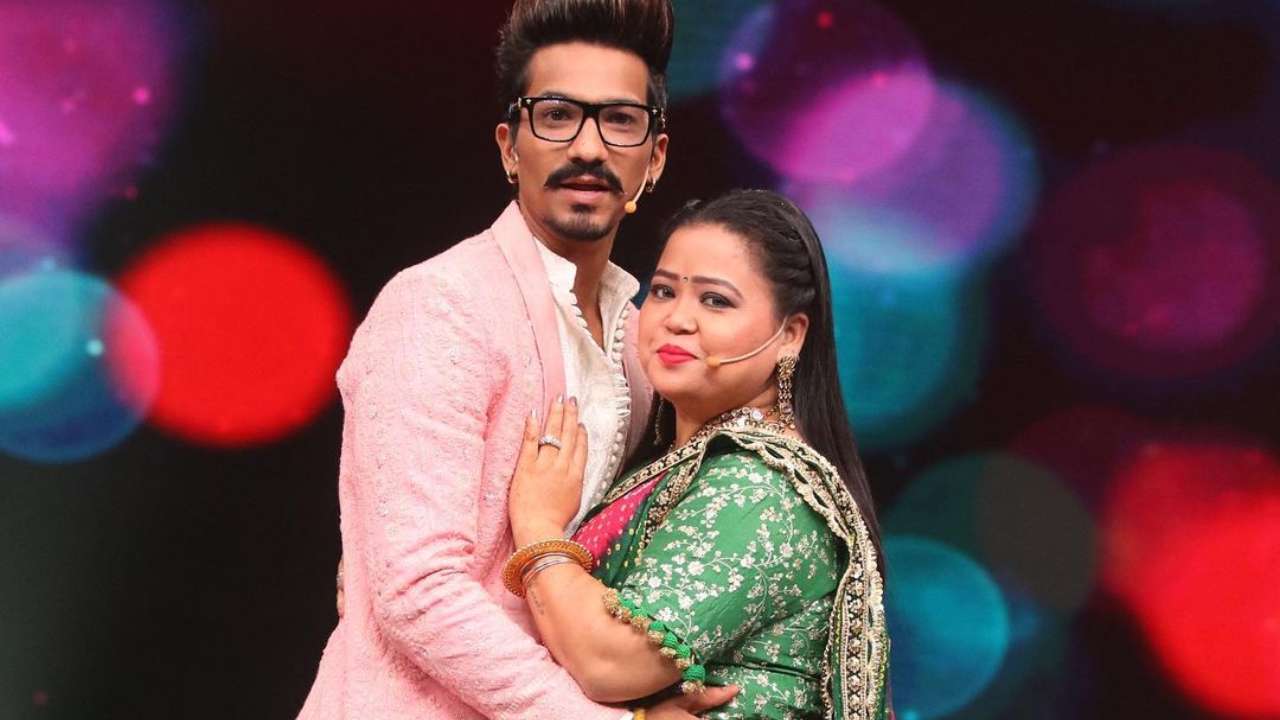 Recently, there were rumors about her pregnancy online. Earlier, Bharti Singh had hinted, “I won’t deny or confirm anything. But when the time is right, I will openly speak about it. One can’t hide such things. So when I want to reveal it, I will do it publicly.” Now, finally, in an interview with ETimes, Bharti confirmed her pregnancy and is expecting to welcome their baby in April or early May. Currently, Bharti Singh is seen in ‘The Kapil Sharma Show,’ along with  Krushna Abhishek, Kiku Sharda, and others. The couple tied the knot on 3 December 2017 in an intimate ceremony in Goa.