Alia Bhatt and Ranbir Kapoor are being hands-on parents currently to their daughter ‘Raha’. The duo got married in April last year at their apartment where they spent their best time during their dating period. the couple then welcomed ‘Raha’ three months after their wedding and announced the big news via a social media post. 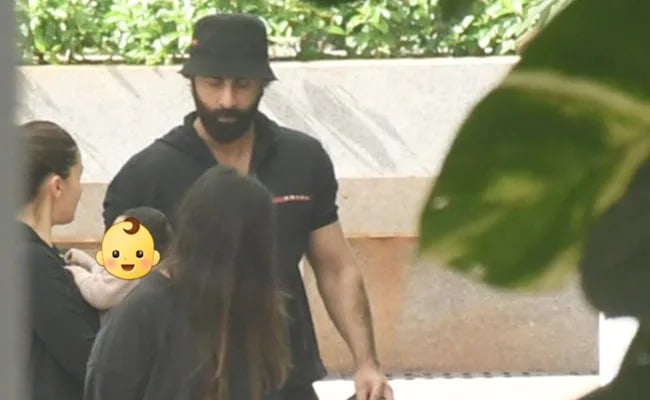 The couple has been balancing their private and professional life. Recently, the couple made an appearance at an event where they interacted with the audience and also posed for the paparazzi at Mumbai Moments 2023 Calendar launch.

During the event, the most loved couple shared a cute moment on stage when the press asked them to sing. when the request for singing a song came in, Ranbir immediately handed the mic to Alia and she responded to him by saying that why he always asks her to sing as parents do with kids “Beta gana gao”.

Alia’s statement made Ranbir smile and she began to sing their movie Brahmastra’s song Kesariya. However, the actress forgets the lyrics of the song and then her husband quickly helped her with finishing the rest of the song. Meanwhile, the couple will be back on screen with their respective projects in the coming time.