To celebrate New Year many celebrities had traveled to different parts of the world with their families. actor Hrithik Roshan was also spotted at the Airport while going on vacation and coming back to India from Europe. the actor took his sons Hrehaan and Hredaan out along with his girlfriend Saba Azad. Now a video of the family coming back from the trip is going viral on the internet. 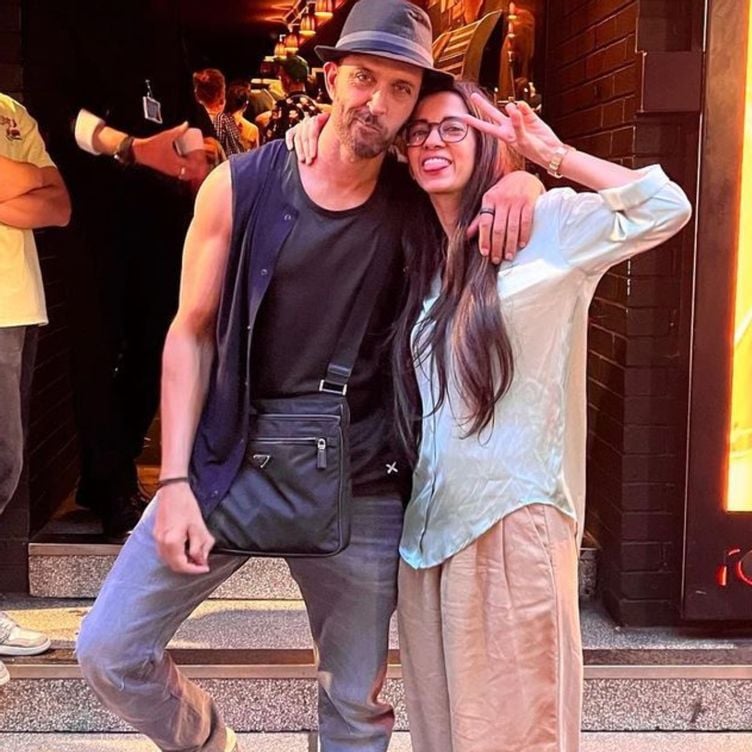 In the clip shared by the paparazzi, Hrithik could be seen walking ahead with his younger son. the actor is busy talking to him as they reach to his car, while his other son is walking slowly along with Saba Azad. The actor’s son height is quite similar to the actress and singer which made the netizens talk about it.

Hrithik and his sons were also joined by Hrithik’s cousin Pashmina Roshan. In a video shared by the paparazzi, Hrithik is looking handsome in a white T-shirt which he paired with a jacket and dark blue jeans. while could be seen wearing co-erd navy blue outfit and she has kept her hair open and covering her face with a mask. she has paired sports shoes along with her outfit.