Actress Anushka Sharma and Virat Kohli were recently spotted in Vrindavan, Mathura. the star couple had visited the place to seek blessings at an Ashram with their daughter Vamika. the duo had once again visited Baba Neem Karoli’s ashram for the second time. Earlier, Virat and Anushka had visited the same place last year. 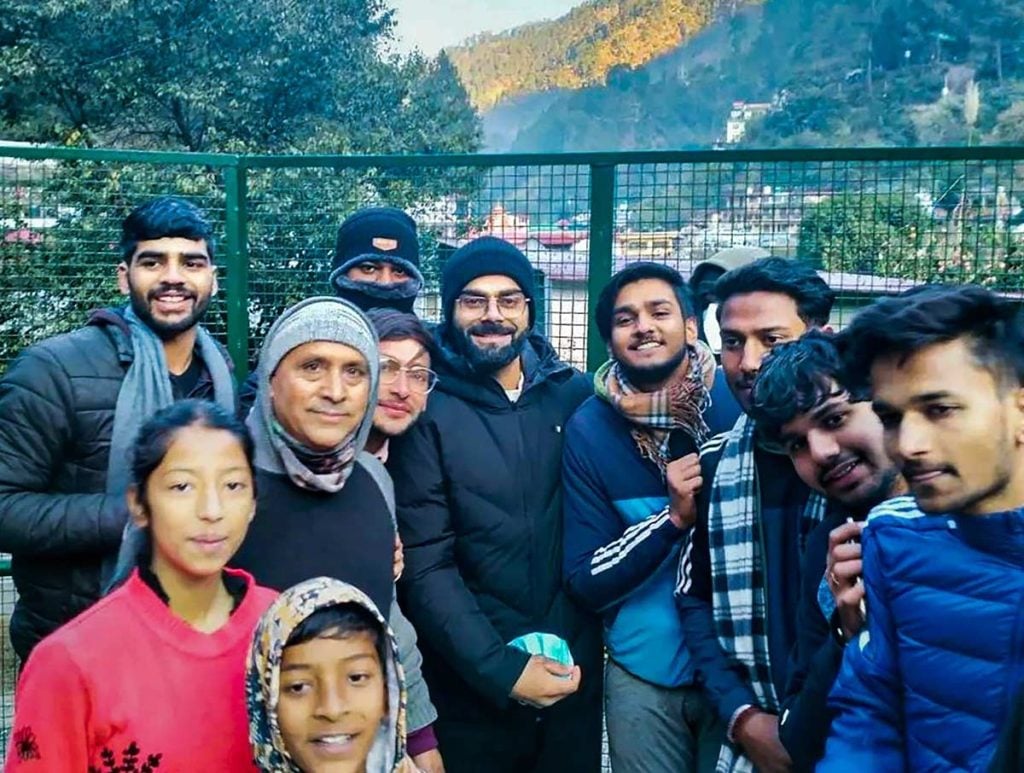 The last time when they had reached the place they had got surrounded by their fans. But this time the couple managed to seek blessings without too many fans knowing about them. the couple is also seen with their daughter Vamika who is sitting in the lap of her mother. Vamika is dressed in a white outfit and is seen looking at her mother and father while praying at the ashram.

The fan pages of the couple have dropped many photos and videos of the two from the ashram.  in a series of photos, Virat and Anushka are sitting on the floor and meditating and listening to the priest at the ashram. Anushka could be seen wearing a navy blue over sized jacket along with a beanie and floral scarf, and Virat is wearing an olive green jacket.

In one of the photos Virat is seen looking at his daughter and making a funny face. While in another photo he is holding his daughter. On the work front, Virat is will soon join the Indian cricket team for the upcoming matches. Anushka Sharma is all set for the release of her next film ‘Chakda Express’. The movie has been backed by her brother’s production house The clean slate films.