The new mommy in tow, Alia Bhatt is garnering all the attention from her fans and family. The actress who tied the knot with the love of her life Ranbir Kapoor welcomed her baby girl on 6th November. Ever since the news of the birth of Alia’s child surfaced the fans and followers of the diva want to know everything about her. 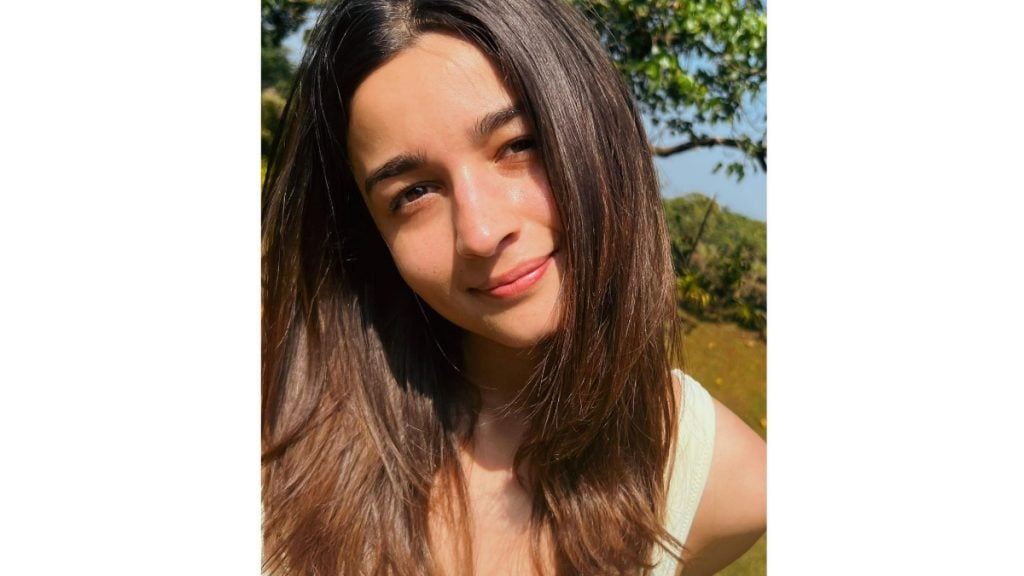 The paparazzi stationed outside the hospital are continuously asking her family members about her health. Alia’s mother-in-law Neetu Kapoor had mentioned that both Alia and the baby are absolutely fine and everything went well. Now the report of Ranbir Kapoor crying after holding her daughter for the first time is also doing rounds.

Amid all the news reports, some photos of pregnant Alia Bhatt are also going viral. In the throwback photos, Alia is looking drop-dead gorgeous in bare minimum makeup and soaking up in sun. the actress is looking into the camera and smiling. She could be seen posing for the photos her manes open and looking straight into the lenses. The actress has completed her 10 years in the film industry recently.

Alia is wearing a white tank top and has styled her hair with soft waves. She is showing off her beautiful skin which is glowing with her pregnancy. Meanwhile, the actress is being visited by her family at the hospital. Alia’s sister Shaheen Bhatt had earlier shared Alia’s post and captioned that she may never stop weeping. She then added that “Our little bean is finally here and life has forever changed.”