It’s the birthday of ace filmmaker and producer Karan Johar and his closest person Alia Bhatt can’t keep calm. Karan has turned 50 this year and Alai Bhatt has a special post for his ‘father’ in the industry. the actress took to her social media handle and posted an adorable picture from her Mehendi ceremony. In a series of photos, Karan could be seen the happiest as he kisses the actress on her cheeks on her Mehendi ceremony.

In another photo which seems to be from Alia’s post-wedding party, Karan and Alia are sitting together and laughing. While sharing the pictures, Alia also wrote a heartwarming note for Karan, “to the most generous soul I know! .. to the man who is my father .. my best friend .. and my mentor! (displayed in these pictures respectively)HAPPY 50TH BIRTHDAY K! I pray and wish for only love peace and joy in your life, you deserve it all and much much more for all the light and goodness you bring into people’s lives!!! I love you more than this Instagram post can ever handle,” she wrote. 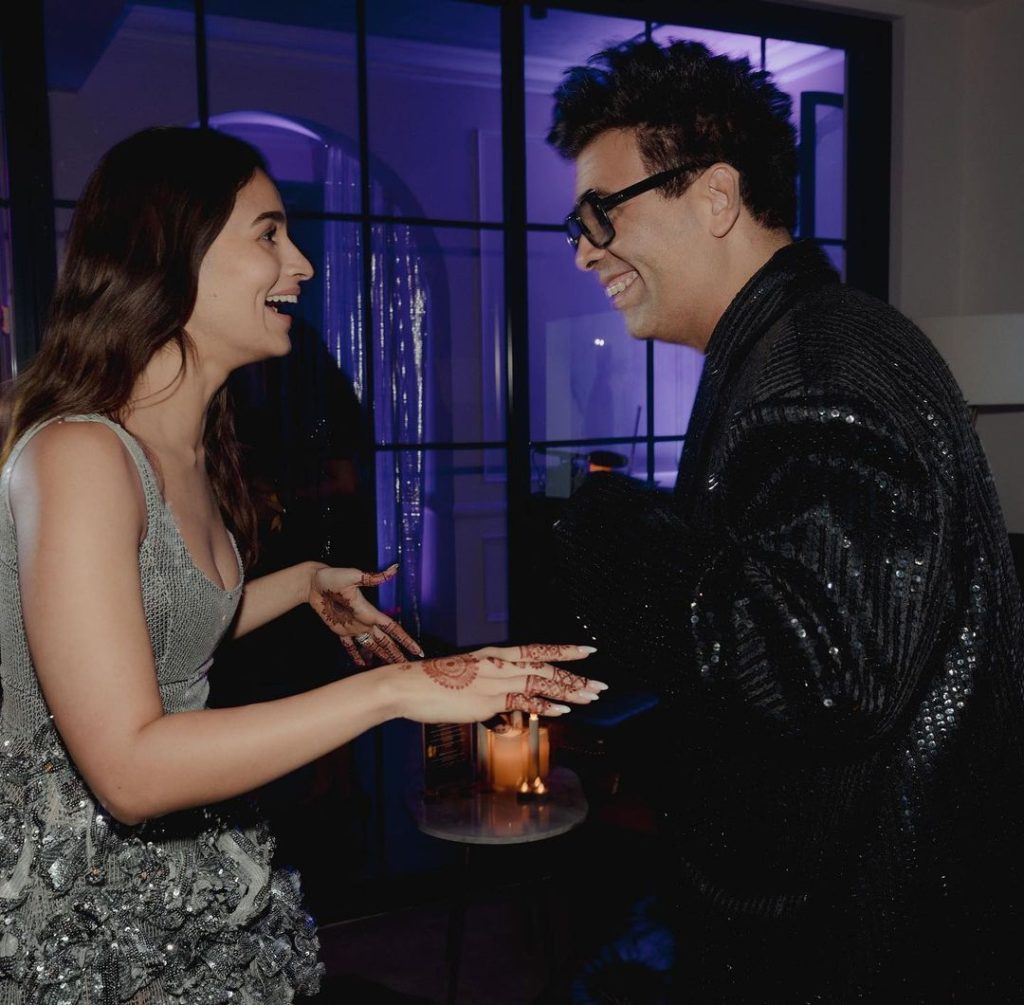 For the unversed, Karan Johar had launched Alia Bhatt with his film Student of the year’. The film also featured Varun Dhawan and Siddharth Malhotra in the lead roles. Now, after years Alia and Karan Johar are once again collaborating for ‘Rocky Aur Rani Ki Prem Kahani’. The film will be a romantic comedy which will also have Ranveer Singh opposite the actress. The movie has been backed by Dharma productions and will hit the theaters this year.