Alia Bhatt and Ranbir Kapoor made a surprise visit to Antilia to wish Anant Ambani and Radhika Merchant, who newly got engaged. The engagement of Anant Ambani to Radhika Merchant, the woman of his dreams, has Mukesh and Nita Ambani unable to remain calm. The couple has been deeply in love for a long time and eventually decided to make things official on December 29, 2022. 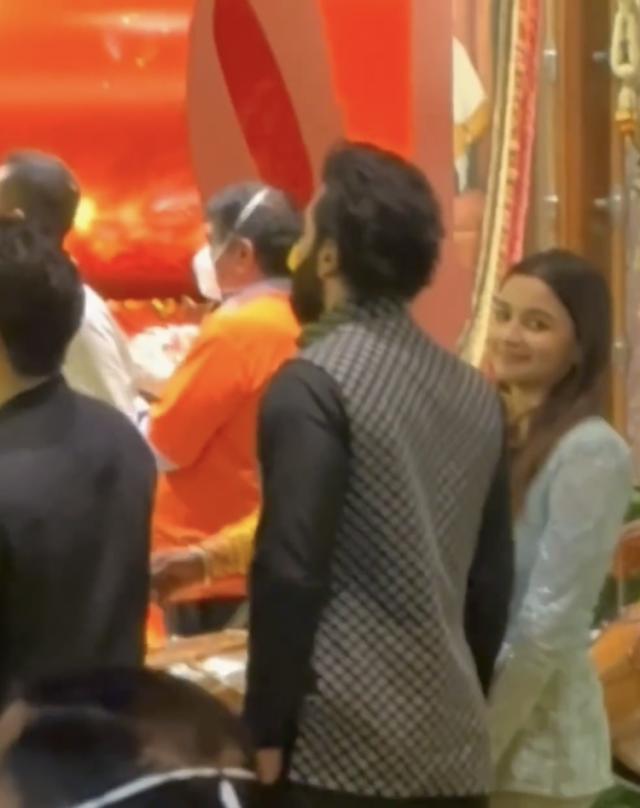 The Ambanis and the Kapoors have a close relationship. We have observed the two families resonating with one another on a number of significant occasions. Ranbir Kapoor and his stunning wife Alia Bhatt visited Antilia once more to send their best wishes to their close friends Anant Ambani and Radhika Merchant on the occasion of their roka ceremony. 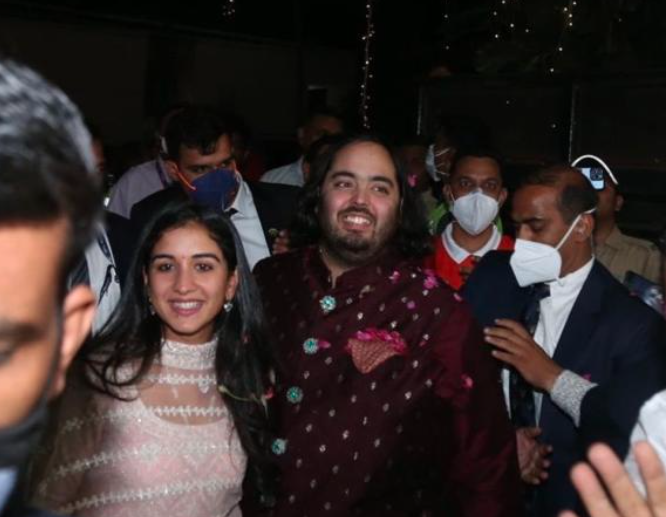 Alia Bhatt, a recent mother, is a fashionista who never lets her followers down with her fashionable choices. Alia wore a gorgeous powder blue shimmering dress to tour Mukesh Ambani’s opulent home, Antilia. Ranbir, on the other hand, sported a black kurta-pyjama over a patterned Nehru jacket. 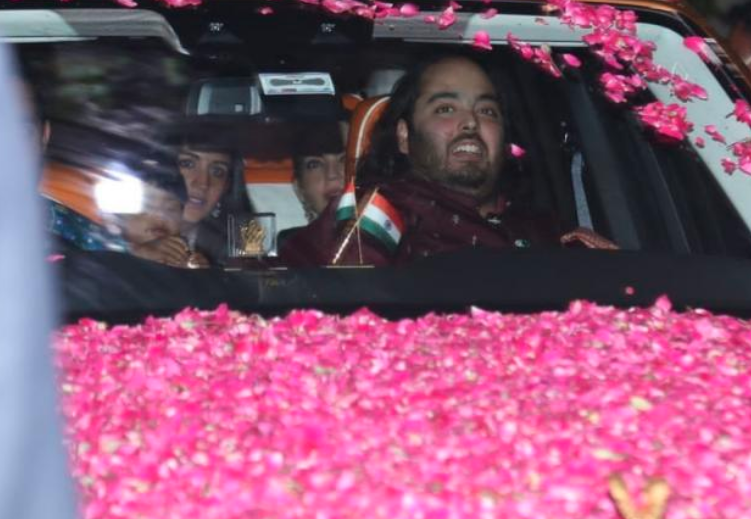 Due to his contributions to business and development, Anant Ambani has a sizable fan base across the country. When word of his roka with Radhika Merchant first surfaced in the public, supporters were unable to contain their excitement. We saw the couple receiving a lavish flower shower at the Mumbai airport in the most recent images doing the rounds on the internet. Anant looked dapper in a maroon outfit, but his fiance was stunning in a baby pink churidaar ensemble. 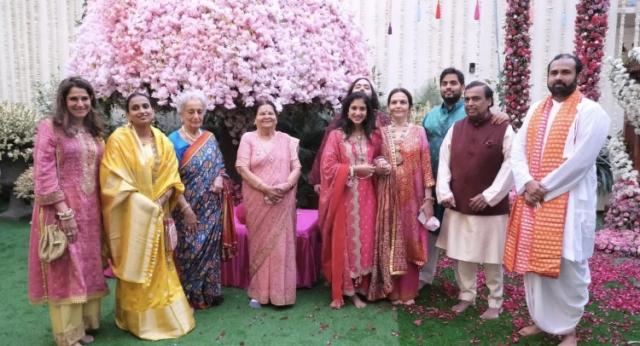 At the Shrinathji Temple in Nathdwara, Rajasthan, Anant Ambani and Radhika Merchant were married in a private ceremony. Nita Ambani, Anant’s mother, was spotted dressed up for the auspicious occasion in a pink patolla suit. Additionally, she accessorised with a lengthy statement necklace. Mukesh Ambani, on the other hand, wore a maroon Nehru jacket on top of an off-white kurta-pyjama.