Bollywood actor Akshay Kumar’s mother Aruna Bhatia is hospitalized and is in serious condition as she is currently in the ICU ward. Reportedly the actor’s mother hasn’t been keeping up well for the past few days and her health is been constantly deteriorating. Aruna Bhatia has currently been admitted to Mumbai’s Hiranandani Hospital. 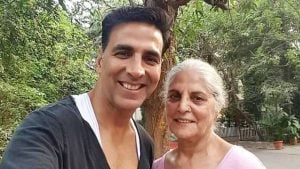 As soon as the news reached Akshay Kumar the dotting son left his shooting in the UK and flew back to Mumbai. The actor is quite attached to her mother and has decided to be with her till she gets better. Akshay is currently busy shooting his upcoming film Cinderella in the UK for about a month now and has asked his team to continue the shoot of the scenes where he is not required. 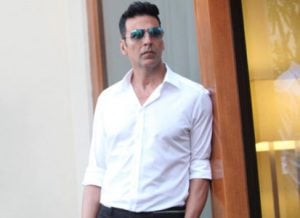 On the work front, Akshay was last seen in the film Bell Bottom alongside actors Lara Dutta, Huma Qureshi, and Vaani Kapoor. Bell Bottom also became the first theatrical release after the second wave of Covid hit the world.