On July 29, we have informed you that Rakhi Sawant Sawant had tied the knot with an NRI in a secret wedding. A report in SpotBoye had stated, “Rakhi has secretly got married to an NRI on 28th July at JW Mariott, Mumbai. The report also suggested that only 4-5 member of their family were present at the time of the wedding.  But when a leading entertainment daily approached Rakhi Sawant for the same, she rubbished the news and said that she was doing a bridal photo shoot at the hotel. But she has made sure not to leave her fans without curiosity.

But now she has shared some pictures and by the looks of it seems like it is from her honeymoon. Posing in red night dress she can be seen flaunting her chooda (red bangles) while holding a glass of wine. Lat night too shared some pictures from her honeymoon. The name of her husband is still unknown but the name Riteish on her chooda is quite visible. She captioned the pictures as, “Trust me I’m happy and having fun thanks to God and my janta fans I’m in love.”

After the story went viral Rakhi has spoken about it in an interview with SpotBoye and said, “It is not true that I have married. I was just doing a bridal shoot in JW Marriott, last night. There were 2-3 guys involved in the shoot along with me, one of them was an NRI. Why are we actors written about so lightly? If an actress has Mehendi on her hands or a sindoor in her forehead, she is assumed to be married. If an actress visits a hospital, tongues start wagging that either she is planning a baby or having an abortion. But if and when I marry, which I have planned for 2020, I will announce it with fanfare. Yes, today most marriages come with an expiry date. Hence, I am apprehensive.” 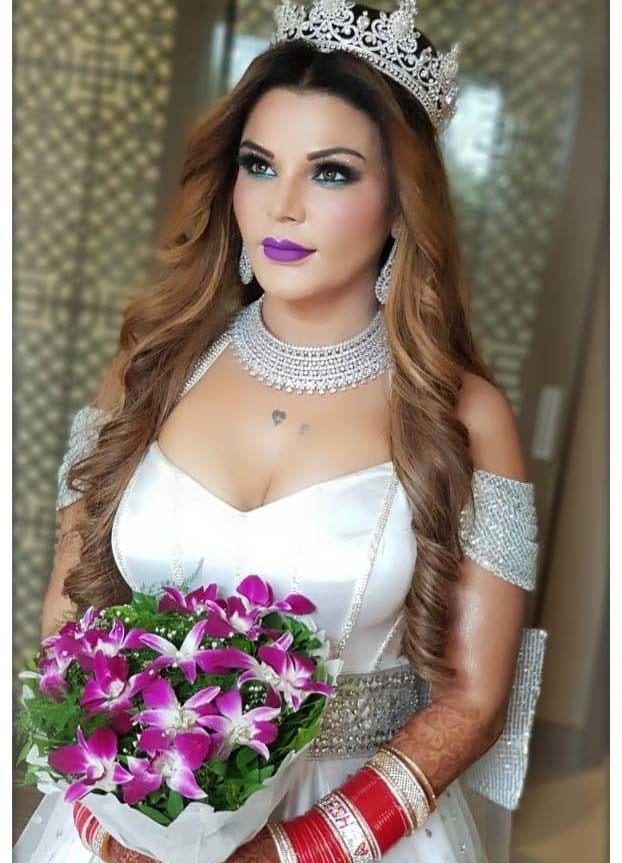 A while back she has also shared a video on Instagram where she can be seen with a full sindoor maang and a mangalsutra. The video clearly portrays Rakhi Sawant as a newly married bride. So, fans are now confused about whether she is actually married or not! Here’s the video:

Previously, in 2009, Rakhi got engaged to Toronto-based businessman Elesh Parujanwala on national television. However, she called it off after a few months, admitting that she got engaged to him for money and claimed that he was not financially well off. 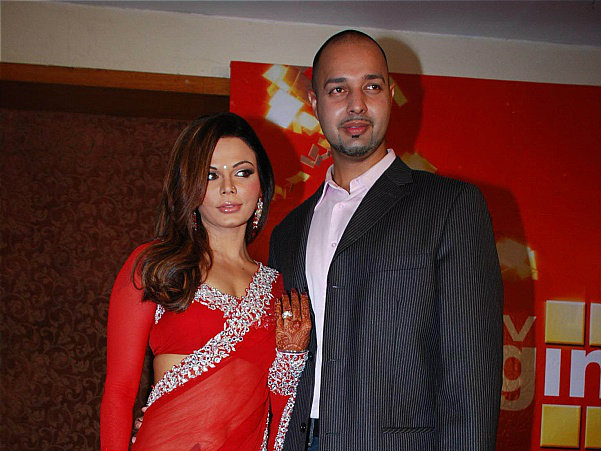 “I got engaged to Elesh for money, I wanted to buy a flat. Why should I lie? I didn’t want to marry someone only to divorce him later. I am not dating anyone. Also, I am not getting good prospects because of my image created by the media. I don’t want to marry a young guy or a struggler. I am looking for a mature and affluent man, who can take care of me and my needs,” she told The Times Of India in an interview back then.

Being the favourite child of controversies, Rakhi Sawant ensures that she stays in the limelight all the time.