Yami Gautam and Aditya Dhar took their fans and followers by surprise when they tied the knot in the lockdown. The duo today is celebrating their first wedding anniversary and on the occasion, they shared a beautiful video. Yami and Aditya met on the sets of ‘Uri’ which was directed by Aditya and Yami had an important character in the film. The two continued to be in touch after the film and eventually got married. 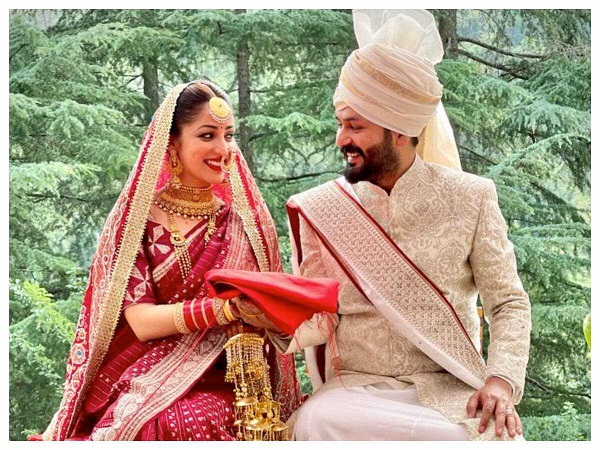 Now, after being married for a year, the two took to their social media account to shower their love on eachother. The couple got hitched in the presence of their immediate family in Himachal and later announced it on social media. Yami in her wedding images looked stunning as she opted to wear a Himachali nose pin. While Aditya looked dashing in a beige sherwani, the two looked drop-dead gorgeous at their wedding.

Now, on the occasion of their wedding anniversary, Yami and Aditya shared a video that showed the fans glimpses of their wedding day. In the video, Yami and Aditya could be seen smiling throughout the ceremony. During the Mehendi day, Aditya is seen taking Yami’s hair off her face while she is getting the henna applied to her hands. The couple sure is having the best time of their lives as they are enjoying every bit of it at their wedding.

The video also showed some unseen moments to the fans where the home is being decorated for wedding rituals. While sharing the video, Yami and Aditya wrote, “For all you do, for who you are, I will be forever grateful you are in my life. Happy 1st Anniversary!”.