Sara Ali Khan is one of the most talented and funny stars in a current lot of young actors. She is known for her quirky posts to keep her fans and followers entertained. Sara loves to post about her impromptu shayaris and poems which she rhymes on the spot. She is also known for her witty and hilarious sense of humor. Those who follow her would know that the diva would always take out time to explore different places and post about them on her social media handles in the most unique way possible. 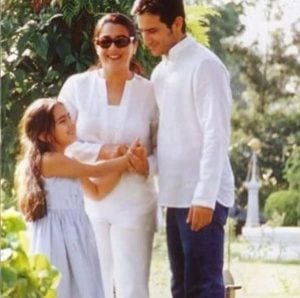 Recently in a chat show, the Simmba actress revealed that she wants to prank another young and talented actor Varun Dhawan and his wife Natasha Dalal. Varun and Sara have already worked together in the remake of 90s blockbuster Coolie No.1. Sara also said that her idea of a prank is bizarre and is inspired by her parents’ actors Saif Ali Khan and Amrita Singh. 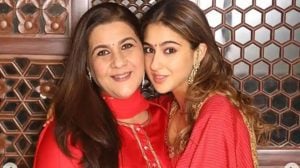 Sara Ali Khan spoke about how her amma and abba used to prank their mutual friends every time. She said they used to smear boot polish on their face and scare their friends. Elaborating about one such incident Sara said that when Saif Ali Khan and Amrita were married to each other, they had decided to prank one of their friends by applying the boot polish on their faces and scare them, “Ain waqt par mere father ne darwaza khola, meri mom ko andar daal diya aur darwaza bandh kar diya (My father opened the door of the room, pushed my mother inside and shut her in). So, now, my mom was in Neelu Merchant’s bedroom, while Neelu was asleep with her husband, and Neelu’s husband would have shot my mom. But my mom put her hands up and started screaming, ‘Don’t shoot, it’s Dingy,” shared Sara on the show Feet Up With the Stars.

Sara further added that she would want to pull the same prank on one of her friends and that those who know the star will know that she is capable of pulling off the prank.